All over the world, Santa Claus is the most popular old man who brings gifts during the holidays in December. But, as it is the case with many other worldwide known stories, the character of Santa Claus is simply a modern variation of older, traditional gift-bringers – mostly based on Saint Nicholas, 4th century bishop, celebrated on December 6th in Western and December 19th in Eastern Christian countries. Saint Nicholas is a very popular saint among children – because he brings gifts, of course. But, if you’re from Central Europe, you know that he is never alone…

For every “yin”, there is a “yang”. And therefore, for every lovely character who brings gifts to the “good” children, there is a monster who punishes the “naughty” ones. In my country, Croatia, this monster is called Krampus. Saint Nicholas and Krampus usually appear together, on the eve of 5th December – the first leaves presents, while the second leaves bundles of sticks (and some candy or chocolate, as well, because no child can be that naughty). 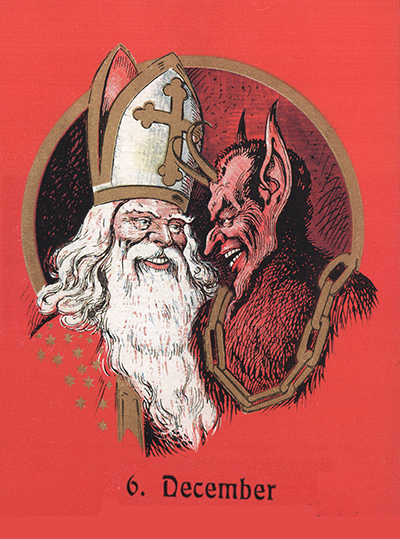 Krampus is usually described as a black hairy figure with horns of a goat and cloven hooves. This is not originally a Croatian, or even Christian character. Its origins are not clear, but we can find Krampus all over Central Europe, specifically in the countries or regions that were once part of the Habsburg Empire – Austria, Germany (Bavaria), Czechia, Slovakia, Slovenia, Italy (Tyrol), Hungary and Croatia. Most agree that Krampus evolved from old pre-Christian folklore in the Alps and spread from there during centuries.

Regardless of its origins, Krampus is quite present in early December festivities all over this part of Europe – people dress up as Krampus to scare the children (or adults), although sometimes, in stead of being scary, Krampuses are simply funny and entertaining (or maybe, if you want to scare people today, it’s just not enough to put on a mask). There have been some recent entries of Krampus into popular culture, like the American 2015 comedy horror movie, but who knows, maybe next year already, the reign of Krampus will spread all over the world… 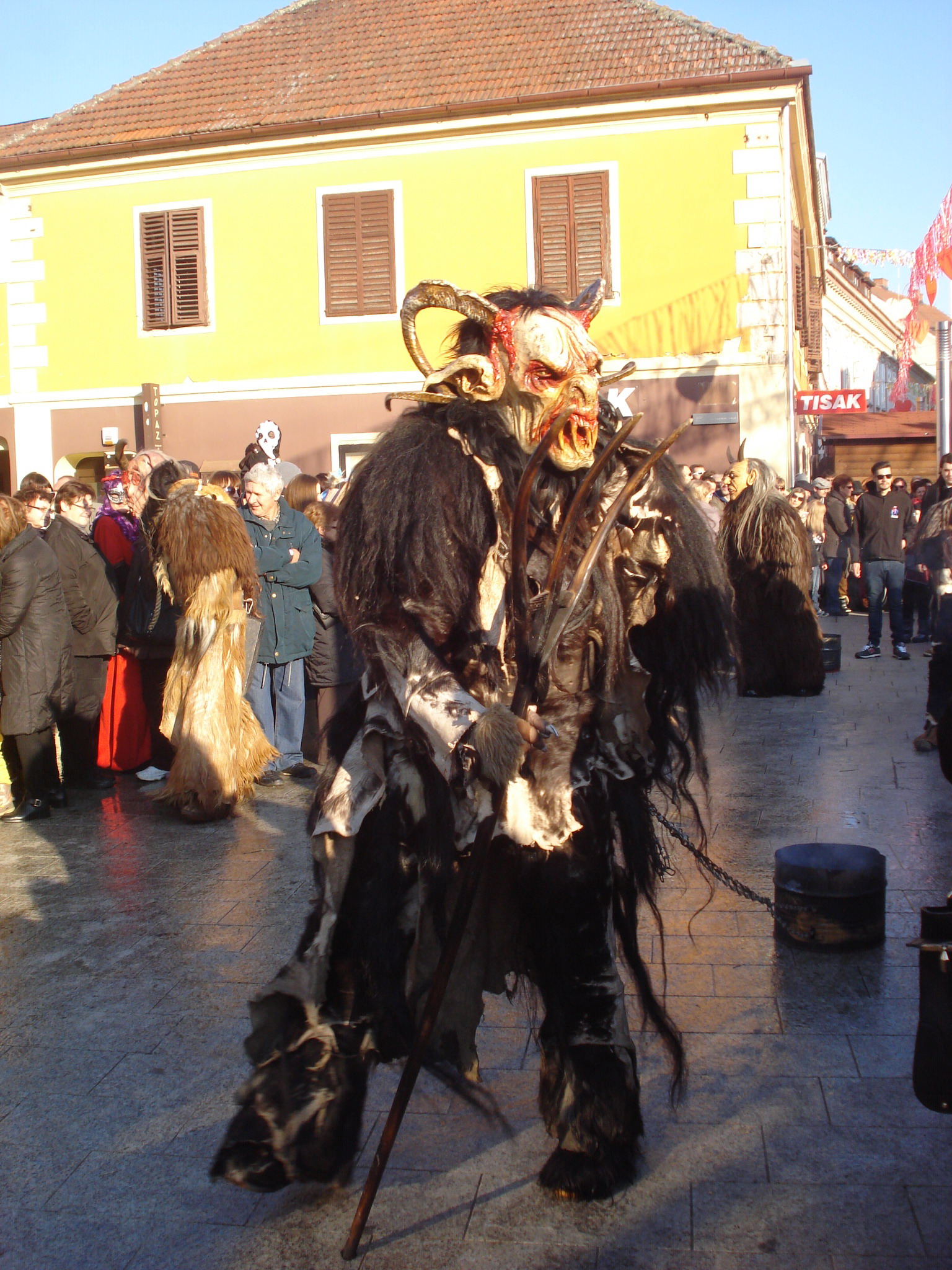