When in Zagreb, you really can’t avoid the main square of ban Josip Jelačić, dominated by the statue of the “ban“. Well, I’m here to talk about his horse. 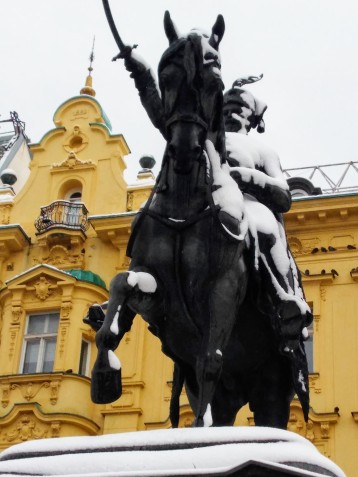 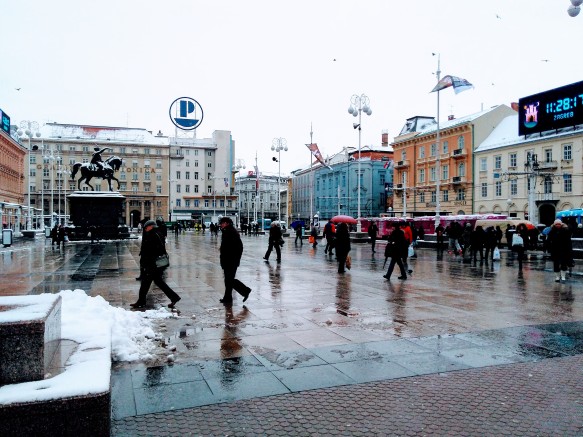 He not only fought the Hungarians, but the Ottomans too. Nevertheless, he was well respected by everyone and he became friends with some of his “enemies”. One such friend was Mahmud-bey Pasic from Bihac, today in Bosnia and Herzegovina, our neighboring country (“bey”/”beg” was the title used by the chiefs of Ottoman/Turkish principalities).  When Jelačić was proclaimed “ban”, Mahmud-bey offered him as a gift a horse called Emir. 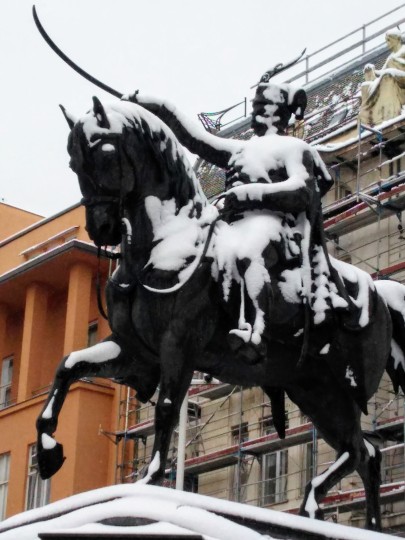 Emir proved to be his faithful companion from the start. Josip Jelačić came riding on Emir to Zagreb when he was proclaimed “ban” in 1848 and Emir stayed with him for many years after. Jelačić died in 1859, but Emir lived for ten years more.

It’s important to say that this really is a statue of Emir as well, not only Jelačić. When this statue was made in 1866, Emir was still alive and he was used as a real model… Imagine that! Having your own statue while you’re still alive. I don’t think however that Emir cared much about Fernkorn, the artist who made the statue.

For other animal statue in Zagreb, check this post about Pluto the dog!

Well, this completes this week’s story. Next story – next Friday! As you can clearly see from this photos, it’s snowing in Zagreb these days. For now, everything is functioning normally – all the trams are on schedule so that you can check everything in Zagreb. 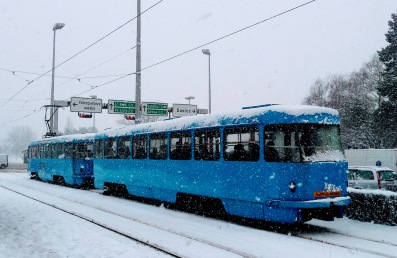 If you want to receive an email when new posts are published, you can easily find “Follow by email” at the top of the page. You will receive two emails – in the first you must confirm that the email is correct, in the second you will get  confirmation of your subscription from WordPress.

You can also find me on…